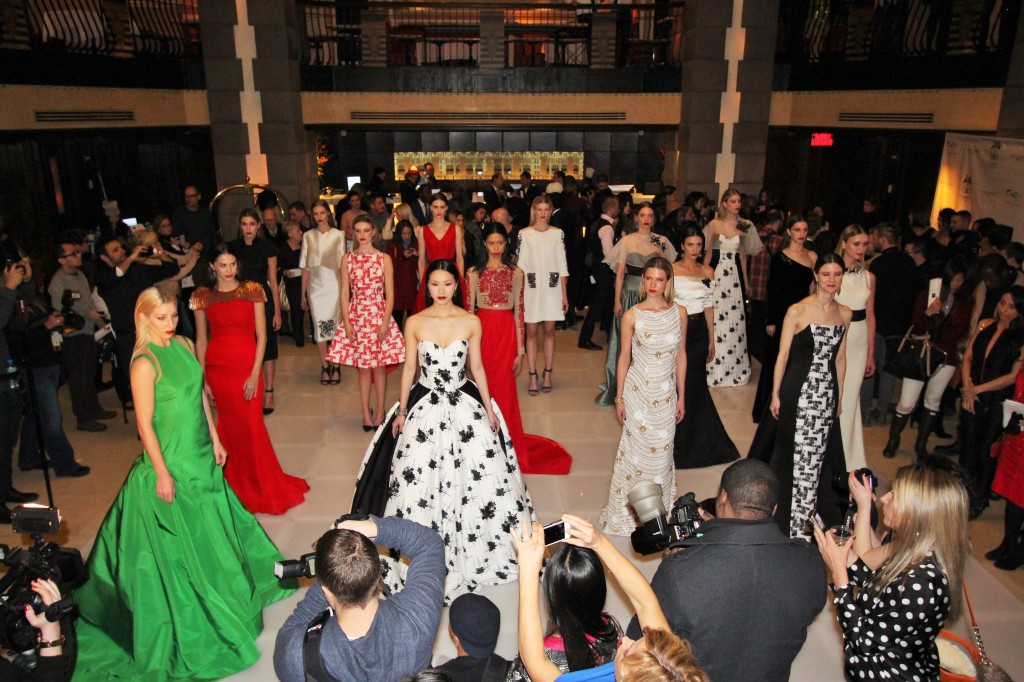 The moment I stepped backstage at Michael DePaulo’s Fall 2015 show at NY Fashion Week, my breath was immediately taken away by a stunning green silk trumpet gown, sparkling like jewelry from the ceiling.  I did a double take to  make sure that in my NYFW-mush-brain-mania, (it’s a real thing!)  I hadn’t accidentally stumbled backstage at Oscar De La Renta.  I checked. I hadn’t. 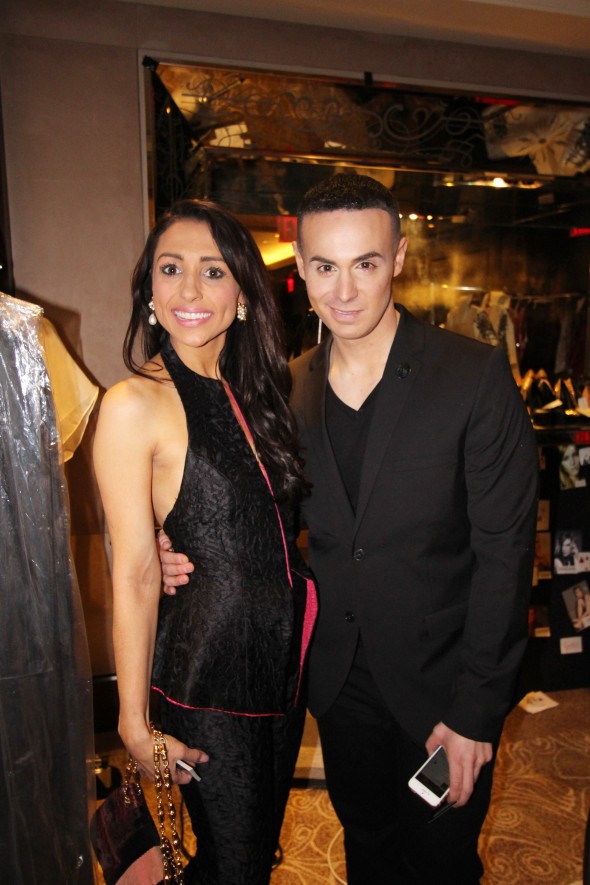 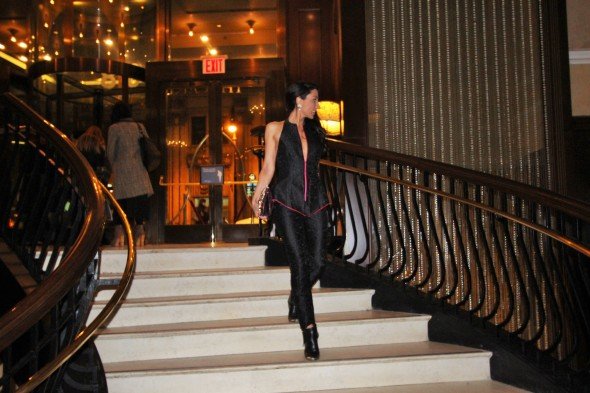 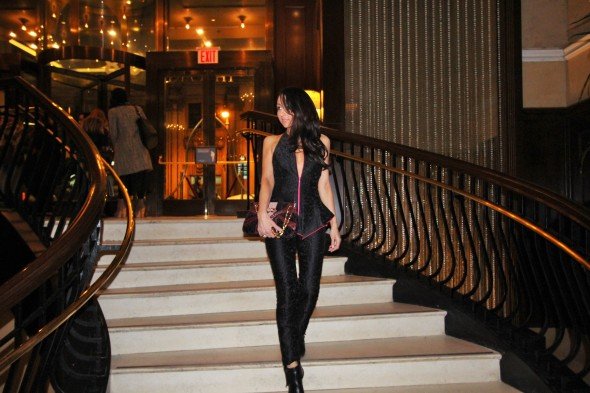 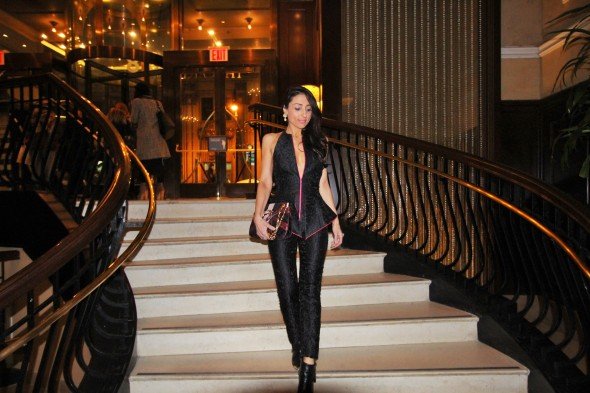 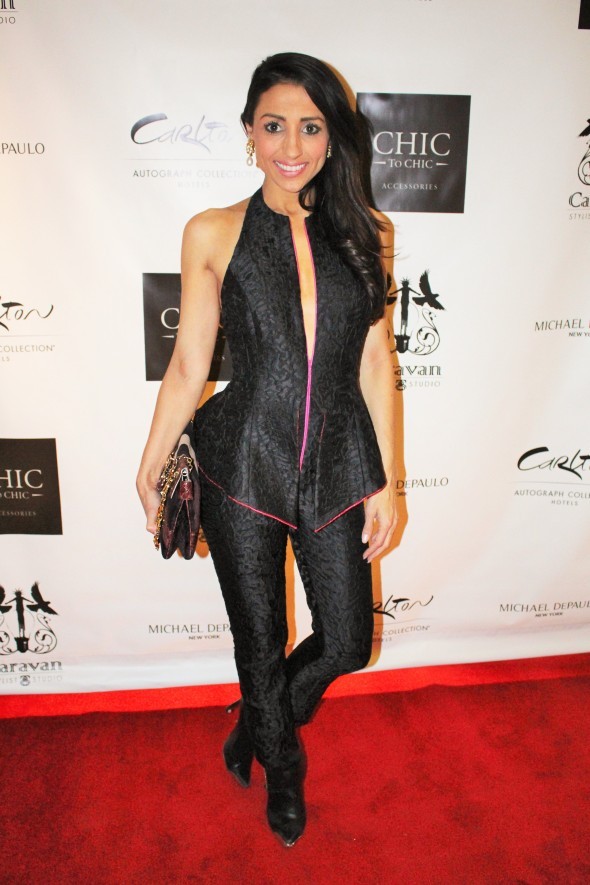 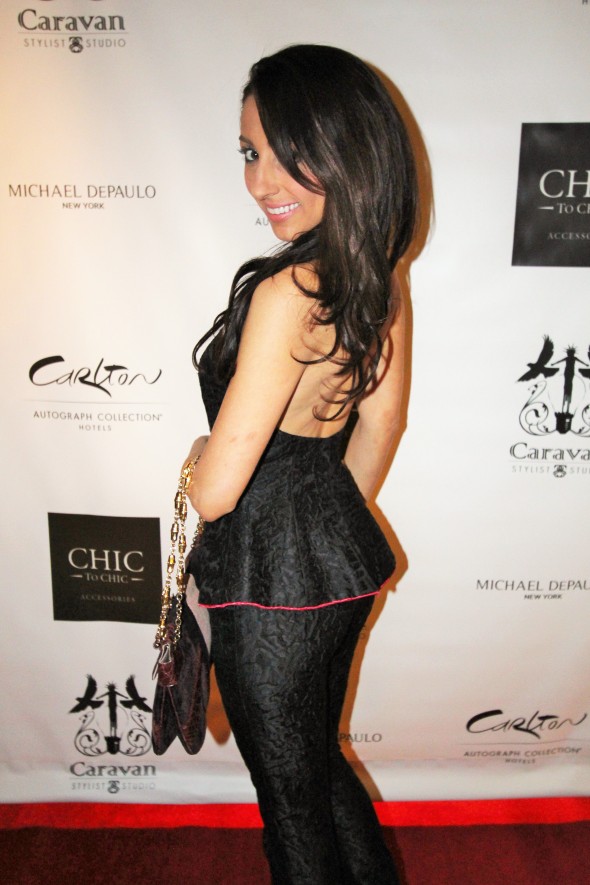 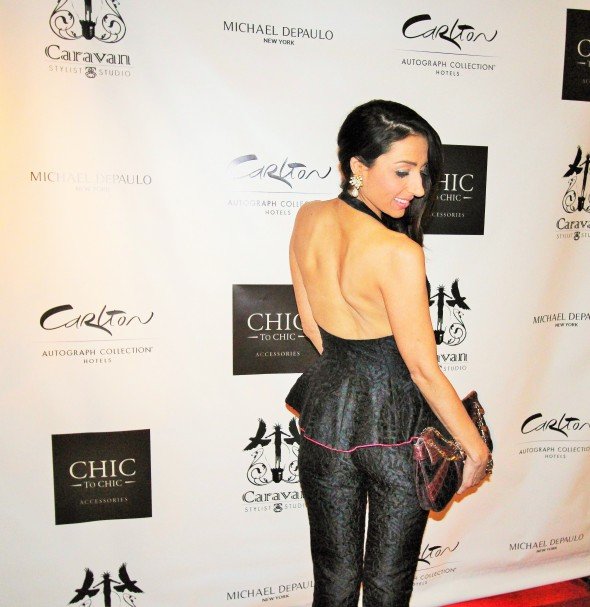 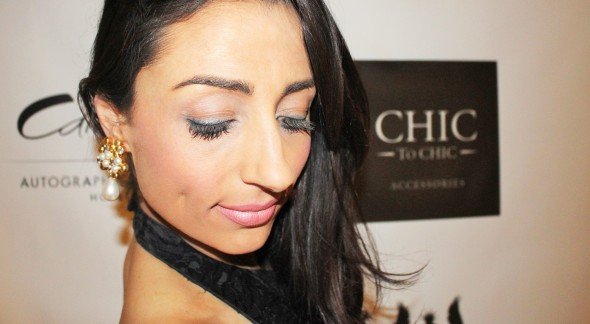 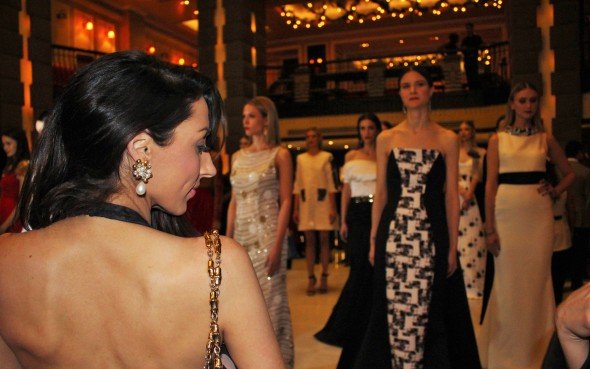 Michael DePaulo’s pieces were true works of art. The most tailored, perfectly styled, chicest, collection I’ve seen in a long time.  Ladylike, perfectly reserved, yet modern… I wanted to wear everything!

In lieu of a traditional runway show, DePaulo opted for an installation. Although there’s nothing quite like the glamour of a runway show, I love installations; you get to hear the reaction of the crowd, there’s more time to see the collection, and you can also mingle with the designer. During the event, I heard at least three different people whispering exactly what I had been thinking,  that he was “the next Oscar de la Renta”. Not too shabby for his first NY Fashion Week show.  😉

I’m so grateful that I got the opportunity to interview him backstage, just a mere hour before his NYFW debut. To say that his collection exceeded all of my expectations, would be an understatement. Be sure to follow me on instagram to get details on my backstage interview with Michael DePaulo.

THE INSPIRATION:  The Fall 2015 collection, appropriately named “Black Tie” was inspired and designed with the current “menswear into womenswear” movement in mind.  Basically, it’s an elaborate, feminine version of the tuxedo dressing trend. The collection has roots in menswear, but was created for the NEW power woman, who is emboldened by tapping into her masculine side.

I also was lucky enough to also interview Beth Miller, the designer of Chic to Chic Accessories, who provided the gorgeous jewelry that DePaulo paired with his collection. Chic to Chic is a luxury fashion accessories brand, consisting of a highly curated assortment of limited edition pieces.

THE BRAND: Michael DePaulo made his NYFW debut on February 15, 2015. The new designer label by Michael DePaulo promises to fill a void that many new collections lack: sophisticated and beautiful evening wear, with an innovative edge.

THE DESIGNER: The NYC-based designer marries the ideals of purity of form, function, and composition, a nod to his past studies in architecture.