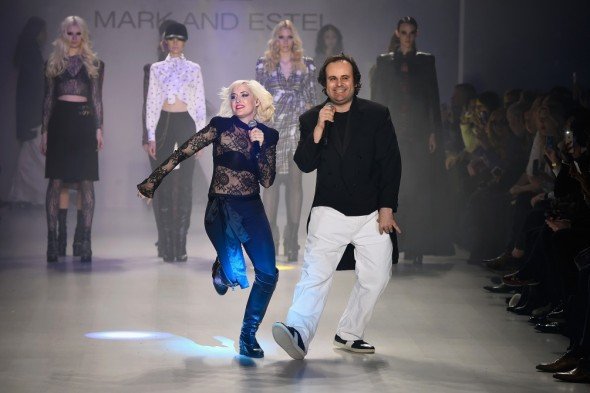 One of my favorite shows at NYFW this season was Mark & Estel‘s Fall/Winter 2015 collection, which took place on February 13, 2015. Yes, the runway was filled with dramatic pieces that I needed in my closet, like yesterday, but the drama didn’t stop there. As the models exited the stage, the room darkened, filled with a million glowing stars,  and a guitar wailed. The designers hit the runway; and performed, sang, and danced to their own music. The song ended with designer Mark Tango, screaming, “you are fashion rock stars, you are fashion rock stars!” to the crowd before waving goodbye. 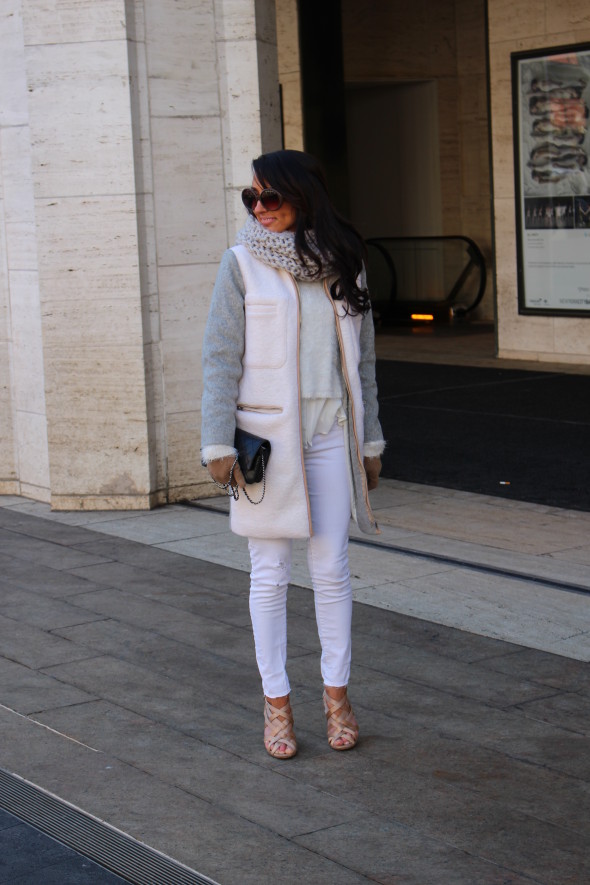 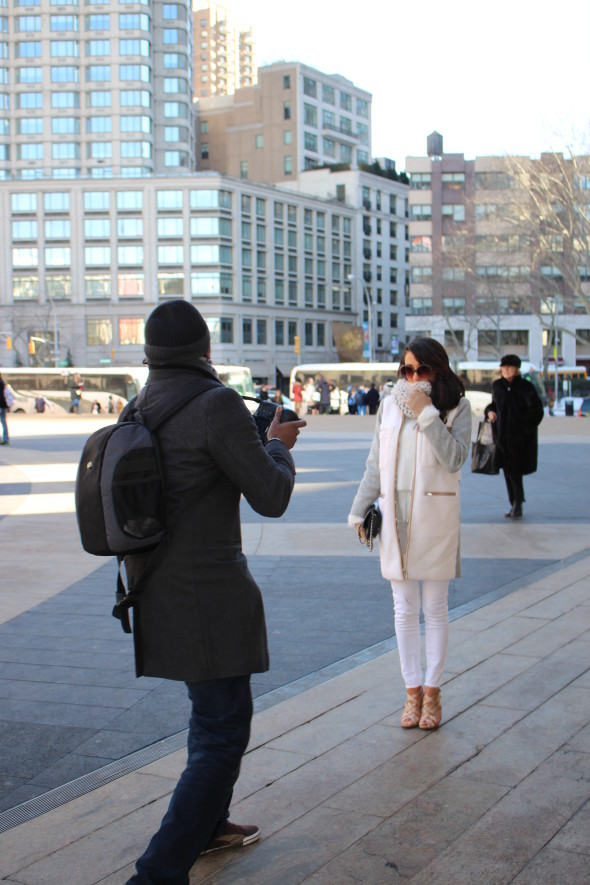 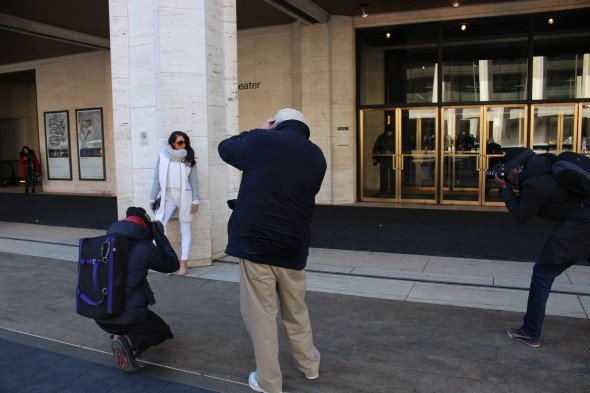 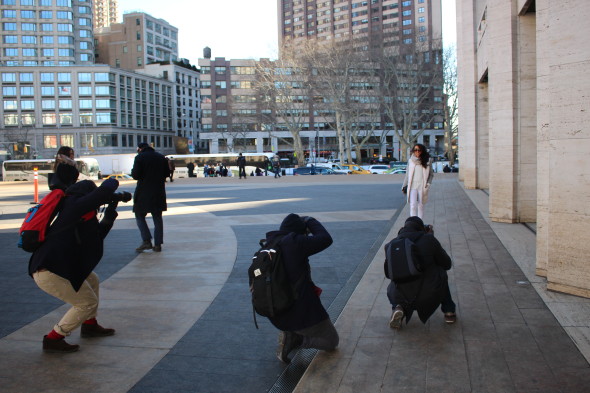 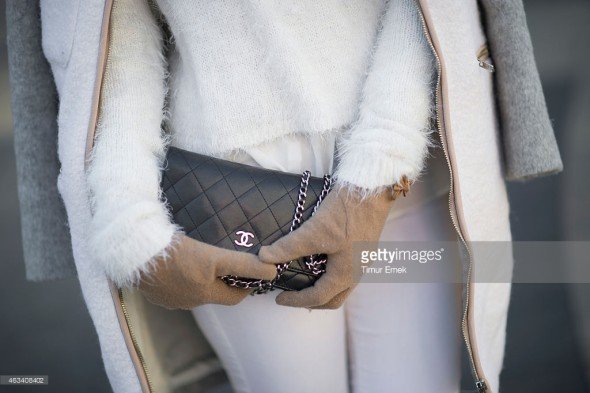 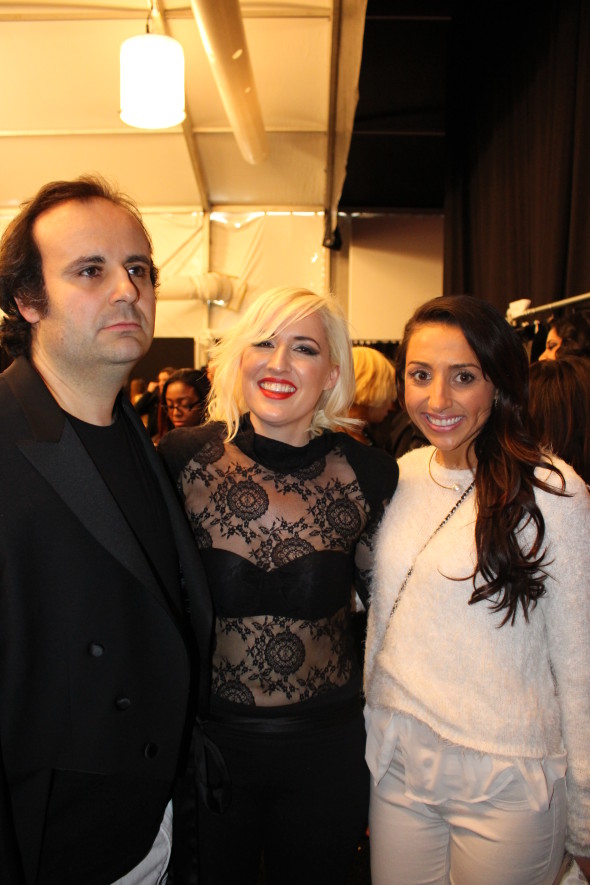 Backstage after the show with the designers, Mark & Estel 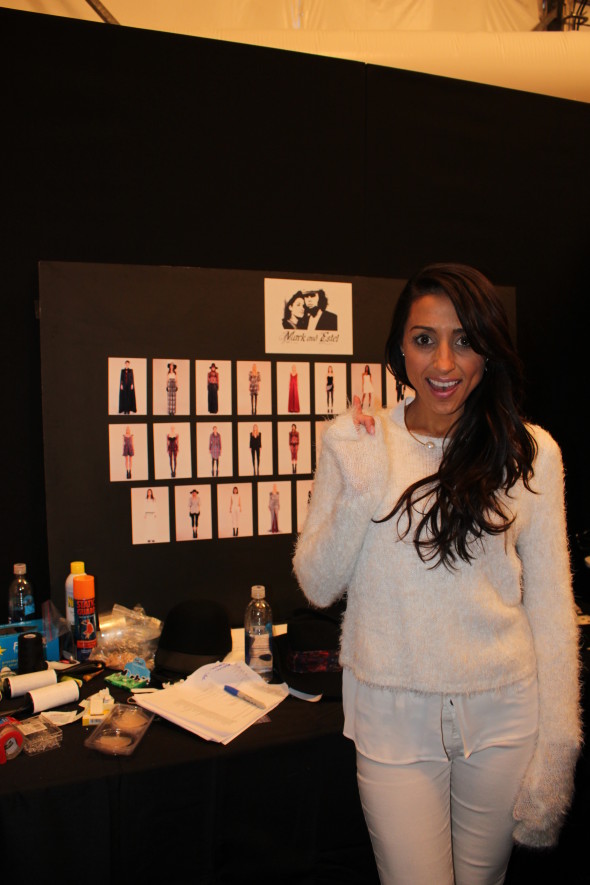 Backstage checking out the Fall-Winter 2015 lineup at Mark & Estel 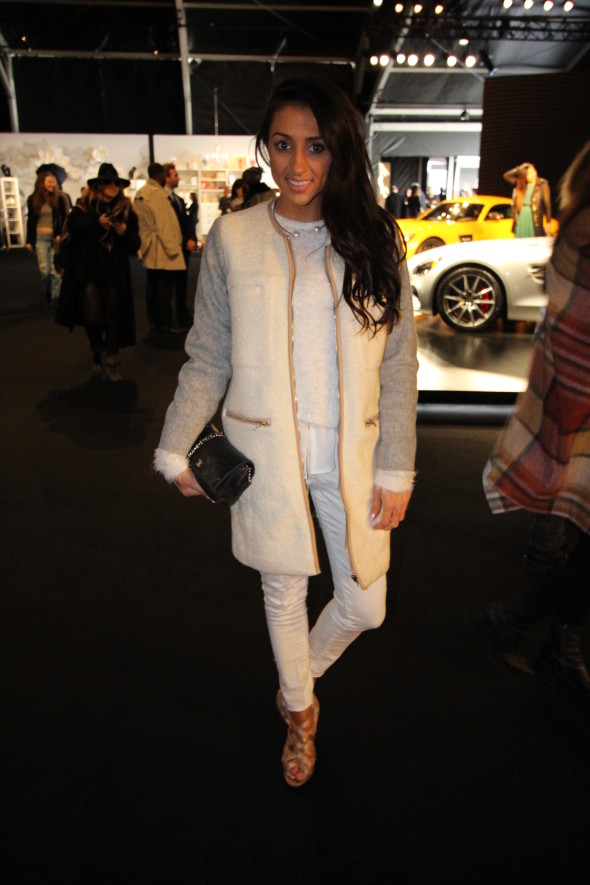 Now, I’ve been to quite a number of fashion shows in my day, and it’s very rare to have anyone speak words on the runway, much less sing and perform musical numbers on stage! Just moments following their epic musical finale, I had the AMAZING opportunity to interview the designers, Mark Tango and Estel Day backstage. Originally I was supposed to interview them before the show, but I changed it to post-show at the last minute. I’m so glad I did! The energy backstage was buzzing; and everyone was trying to talk to them about their performance. Stay tuned for an exclusive video clip of my backstage interview with them…coming soon!

THE INSPIRATION: The Fall/Winter 2015 collection, “Stairway to the Stars,” was also the name of one of the songs that they wrote in conjunction with the show (downloadable on iTunes).
“We’re asking ‘Who’s our girl?’ Everyone. You are a fashion rock star,” Tango said. “You already look perfect, you already look beautiful. Just unleash it. Don’t try to confirm it. You’ve got your own style. Rock it.”
The collection was definitely rock and roll; flowing capes and dresses, fitted bodysuits, sheer black lace, miniskirts, and body-hugging dresses, paired with black rocker boots.

THE BRAND: Mark & Estel always strive for their collection to be as much about music, as it is about fashion. The brand debuted just a few season ago, at Mercedes-Benz Fashion Week in September 2013.